Homepage JTS America JTS Stories 3. Traveling to Ukraine, a Land Where Spring Has Yet to Arrive
JTS America, JTS Stories, News from around the world

This is the fourth week of Russia’s invasion of Ukraine.

Russia used hypersonic missiles to attack the military base in Ukraine on March 19 and 20 back to back.

On March 20th, the United Nations High Commissioner for Refugees announced that 10 million people, which is a quarter of the entire Ukraine population, were displaced from their homes, 3,389,044 refugees escaped across the border by March 19th, and there have been an additional 60,352 refugees since then. Ninety percent of the refugees were women and children.

This is the third story of our visit to the Ukraine border.

We changed our plan to explore another border area in Romania, and headed towards Chisinau, the capital of Moldova. The scenery on the road in the Carpathian Mountains was beautiful, but bumpy. We struggled to drive all day long on the bumpy road.

March 18, 2022 was the 9th day of our visit to the Ukraine border. We planned to leave Moldova, cross the Ukrainian border,  review the status of the refugees, and then return.

At 10am, we arrived at the border of Palanca, but could not cross the border due to car ownership issues. Fortunately, we were able to arrive in Ukraine after crossing another border, Tudora, but it took us twice as long as we expected.

All checkpoints required us to show our passports. There were a lot of donated products piled up at the car dealership in Odessa, which we arrived at after two hours. This was the place where the donated products were distributed to people in need. Since there was an 8pm curfew,  we decided to go back to our hotel in Moldova, and come back to Odessa tomorrow to buy the household essentials.

We left the hotel in Moldova at 8am and headed to Odessa. We bought the essentials for the households with children and headed to the car dealership that we found yesterday.

Odessa was not a safe place, therefore refugees just pass through rather than staying in the area. We tried to visit the beaches nearby, but it was impossible since they were blocked by armed soldiers and barricades.

The empty streets of Odessa had the atmosphere of war. Our team finished our itinerary in Odessa, crossed the Palanca border and returned to Chisinau.

Tomorrow we will explore the Galati border in Romania. 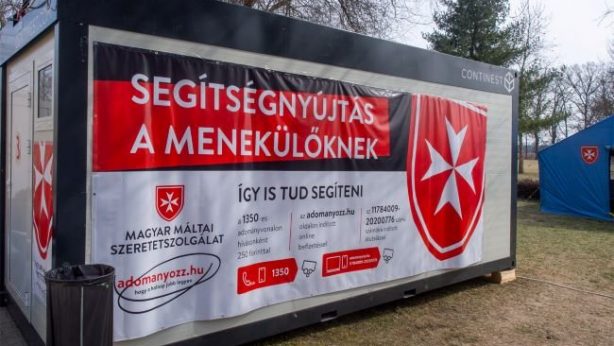 2. Traveling to Ukraine, a Land Where Spring Has Yet to Arrive

It’s a snowy Saturday in March. The sudden snow reminds...