The closest school for natives of Mindanao Island is 4km away, making it difficult for children from mountain villages to commute to school, especially in the rain. The site of the JTS foreign school construction project will be determined to maximize safety and minimize the children’s commuting time. But because the villages with the highest rates of illiteracy are located in remote areas, there are many difficulties in trying to carry out the project.

The majority of villages located in the mountains are not accessible by car due to harsh road conditions, so motorcycles, cows, and horses must be used to carry cement, rebar, and plywood to the villages. Although the county and the governor may be interested in helping to carry out this project, uncertainties with budget formulation, unstable labor costs, and difficulties in communication with the engineer in charge can impede the project.  The areas where New People’s Army (NPA) is active are in desperate need of new schools, but the construction cannot commence unless the Barangay can guarantee the safety of all the workers. Therefore, transportation of materials, uncertainty of support from the local government, and unconfirmed safety conditions have been obstacles to building new schools.

Despite all the difficulties, 4 new schools were built in Cabanglasan, Maramag, San Fernando, and Mahagandayon. When constructing these schools, classrooms, teacher accommodations, and bathrooms were all built at the same time.

The governor of Cabanglasan County is energetic and young, so he inspired and motivated engineers to work harder. The governor even paid the workers at his own expense when there was a deficit in the labor budget. However, the project completion date was delayed due to the difficulties of transferring materials and lack of manpower. About 40 children had been taking school lessons at the village hall and the local church. In June 2018, 71 students including those in neighboring village pre-registered for the new school. The school building completion ceremony was held on December 10, 2018.

Thanks to the active interest and support from the governor of Maramag County, the Kwalihan school construction project commenced so smoothly that a ground-breaking ceremony was held in March. However, in the midst of school construction, an unexpected sick-leave by the governor and the late budget approval delayed project completion. Eventually, the completion ceremony was happily held on December 11, 2018.

Mahagandayon and Balaas of San Fernando County are two of the eight areas selected for school construction. These areas are far away from local schools and are also well protected against the rebel forces.  With the signing of the Memorandum of Understanding (MOU) agreement, the ground-breaking ceremony was held in April.  Unlike Balaas, which has fair road conditions, Mahagandayon is known for its deep sloping hills and poor road conditions. The school site was not accessible by cars and motorcycles, so horses and people had to deliver the building materials for the construction.  Also, finding long-term workers who were willing to work for a low wages was a challenge.  Due to constant rain, the material deliveries were repeatedly delayed, which postponed the completion date which originally was September.

A young engineer in charge inspecting the site (second from left)

Workers who worked together at the construction site

Although the school construction project was bogged down with various problems and communication was very difficult, the JTS staff members were able to learn a great deal during the process. They were able to understand people better, studied more deeply about ways to solve problems, had more opportunities to discuss and communicate with others.

JTS hopes that the children who are educated in the newly constructed classrooms can communicate with the world outside the mountains and grow up with new dreams for the future.

Our Teacher Has a New Home

Kihan-ay purchased the house and the land the teachers had been living in and donated them to the school. To renovate the house, cement was poured to strengthen the foundation, the roof was replaced, and the bathroom and shower stall were newly built with concrete. To build teacher accommodations in Consolacion, the materials were delivered in 7 installments to avoid either oversupply or shortage of materials. It was successfully completed over a period of two months.

Engineer inspecting teacher’s accommodation with the foreman in Kihan-ay 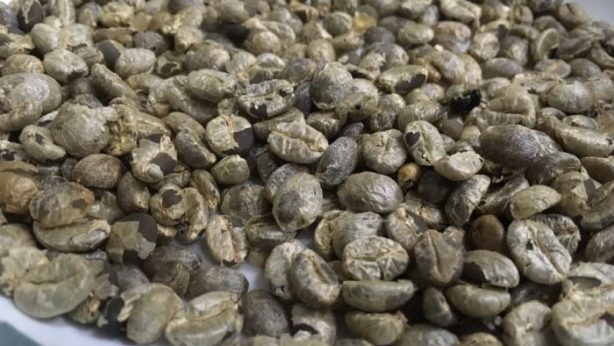 On the JTS Philippines farm, there are about 150 coffee...