A Fun Outing to Beomuh Temple

A Fun Outing to Beomuh Temple

Every Spring, JTS Korea hosts an outing for Dubuk seniors to support the marginalized farming community and to show appreciation to its seniors. On April 23, 2018, the JTS Chairman, Ven. Pomnyun Sunim, along with 39 JTS volunteers from Haeun branch of Jungto Society, accompanied 109 seniors on an outing. 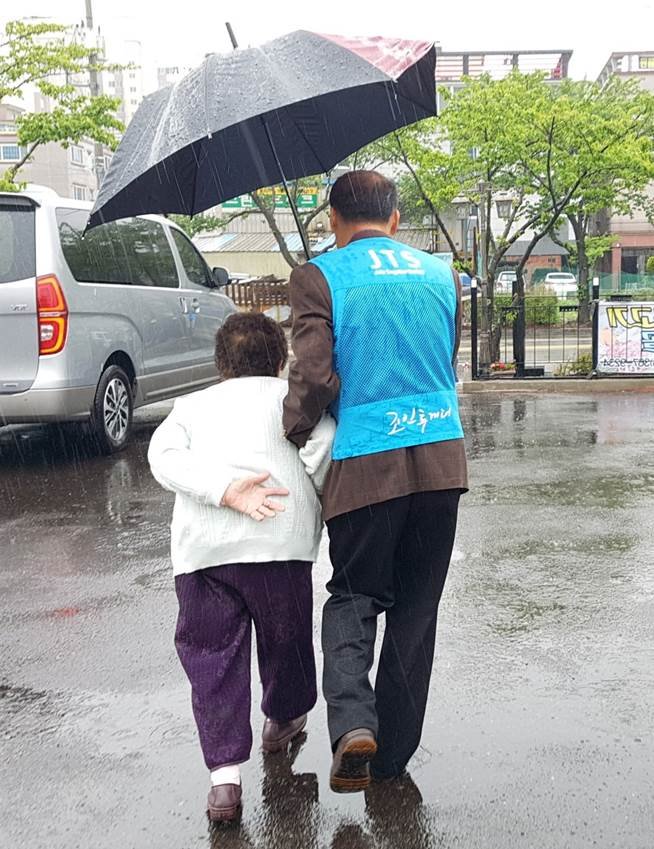 There had been a concern that the turnout might be low due to heavy rain, but many seniors came out for the outing.  As they boarded the bus in the rain, the volunteers, who had brought towels in anticipation of rain, helped them to get dry. It was heartwarming to see them closely tending to the needs of the seniors such as holding umbrellas for them while they walked. 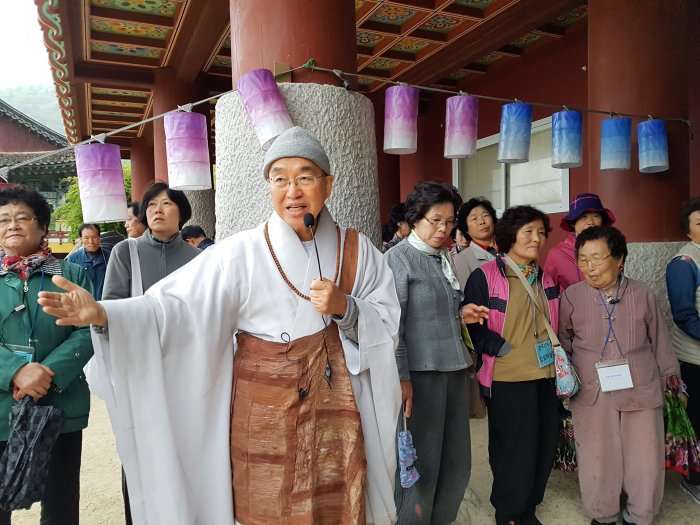 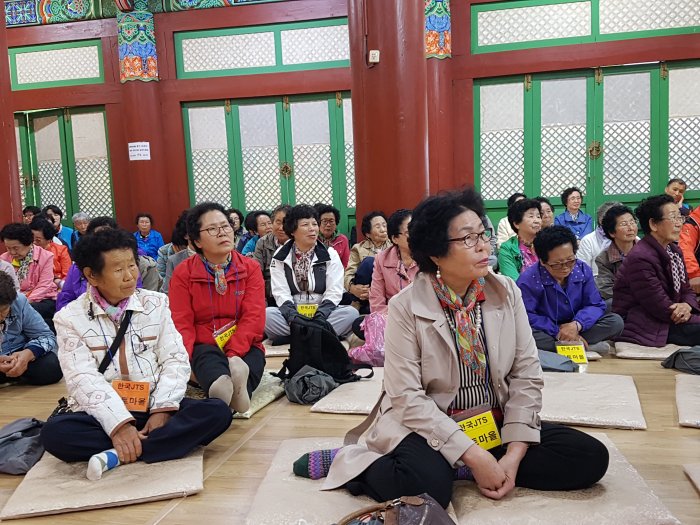 The colorful lotus lanterns hung beautifully in the Beomuh Temple. Pomnyun Sunim gave an entertaining lecture tailored for the elderly audience. He stated that as we get older, it’s better not to interfere in the lives of young people, and to that end it’s good that our hearing and seeing abilities deteriorate with age. He analogized the circle of life to that of trees shedding leaves in the fall. He said that like the old leaves making room for the new leaves in the spring, it’s good to leave when the time comes. They should live well until the body no longer functions and leave this world without any lingering attachments. The seniors listened attentively to his lecture applauded, nodded in agreement, and laughed heartily. 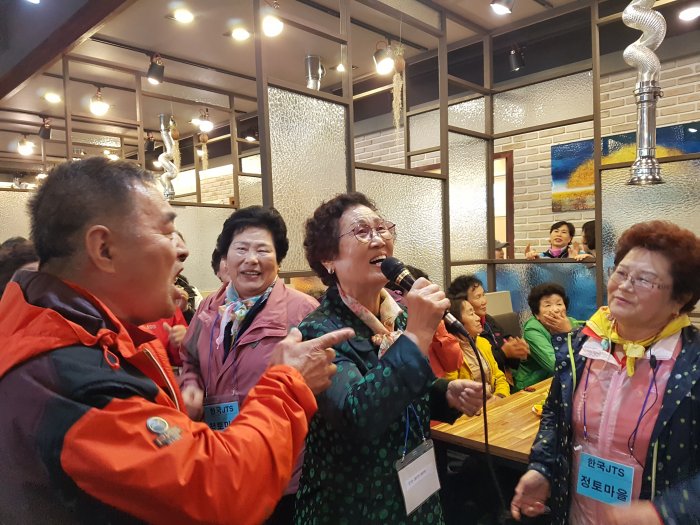 Next, they had lunch at a restaurant nearby Tongdo Temple. During the break, the volunteers, fitted in sparkly vests, sang and danced with the seniors, and played the ocarina. Although the rain got heavier, the seniors were high-spirited and had a good time. 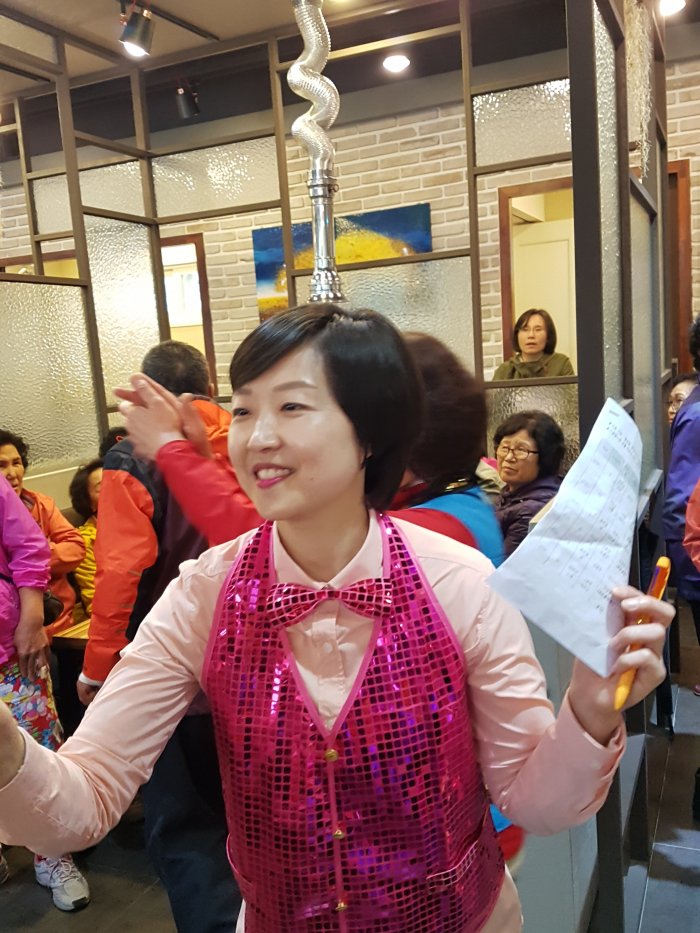 The remaining schedule to visit Tongdo Temple was cancelled due to the heavy rain. On the way back, the charter bus drivers were instructed to take the local route to Dubuk and drive slowly for the safety of the passengers.  Onboard the bus, the volunteers served snacks and drinks to the seniors and entertained them. Back at the village, as the seniors headed back to their homes, they held the hands of the volunteers, thanked them, and asked them to come back next year.  We hope the seniors stay healthy and will be joining us on the outing again next year.