Join Together Society (JTS) has been building schools in Mindanao, the Philippines, since 2003. Whenever JTS begins to build a school, people in the nearby village have always requested that JTS help solve the water scarcity problem in their village. Because JTS staff teach students about sanitation and hygiene, providing clean water to bathrooms and teachers’ accommodations has become the main focus of their project. Thus, JTS has expanded the project to include the installation of shared faucets throughout the village. 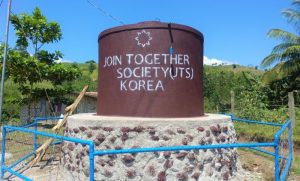 What do people need the most in order to survive?

The schools that JTS has built in Mindanao are mostly located in extremely remote areas that take 3 to 4 hours on foot to access. Therefore, not only is there a scarcity of schools in these villages but most do not have access to electricity and clean water, causing a wide variety of problems, such as exposure to water-borne diseases and various skin infections. 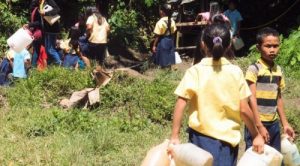 The first step, Damulog, the Philippines

The province that had the most serious water shortage was Bukidnon, which is in the municipality of Damulog. JTS staff prioritized water tank installation in order to provide water in the safest way possible. They sought advice for the technical aspects from an infrastructure-based non-profit organization called “ASSISI.” Unfortunately, Buluan -the first area to be serviced – was not able to get the installation due to lack of electricity, so we decided to install the first water tank in Balud instead.

When the project was launched, however, some of the villagers did not show up or went home in the middle of the day. They often made an excuse of having to work the fields. This was the first major challenge we encountered since active participation from the villagers was necessary to carry out the project. Another challenge came from the county office. The Damulog county office, which had promised to do the electric pump installation and help with the pump house project, did not send workers on schedule because bad weather conditions prevented them from using motorcycles to travel. JTS managed to procure workers after making several visits to the county office. Despite many difficulties, the county office even provided JTS with welders and plumbers. 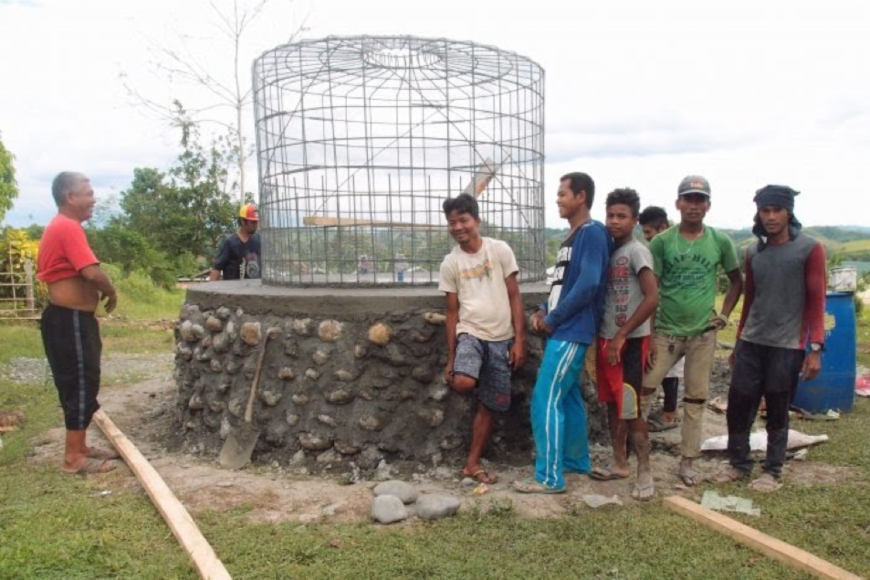 The day before the completion date, a pipe that was supposed to have been installed by the villagers had not been installed. There were a total of 4 faucets that were supposed to have been connected to the main pipe, but only the one near the mosque had been connected. JTS staff feared that they would not be able to finish it on time, so they gathered the villagers. The villagers who showed up mostly consisted of women and children, but there was no alternative. Even though the work was tougher and slower than usual, they still proceeded cheerfully, and they managed to bury a couple of pipelines within 3 hours. JTS staff decided to bury the last pipeline the next day, because not only was it the longest one, but it also was connected to the village behind the school. The next morning, a group of 20 men and boys showed up with shovels and pickaxes. They were divided into 3 groups and respectively worked on burying pipes, building utility poles, and finishing the remaining pump houses. They were able to finish all the tasks by the afternoon. 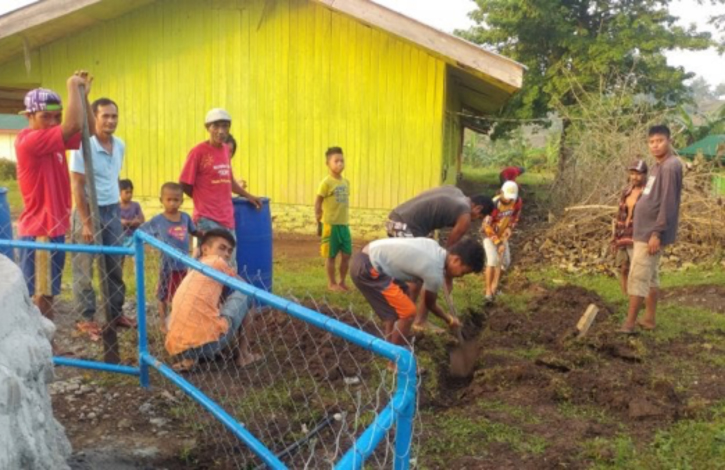 After connecting all the pipes, JTS staff made a visit to the village with an electrician to take care of any electricity-related issues. Children were taking showers, playing with water, and washing dishes near the newly installed faucets, which also enabled people to do laundry. Seeing the children, who used to walk long distances barefoot or in worn flip-flops to get water, playing with water was a joy to watch. 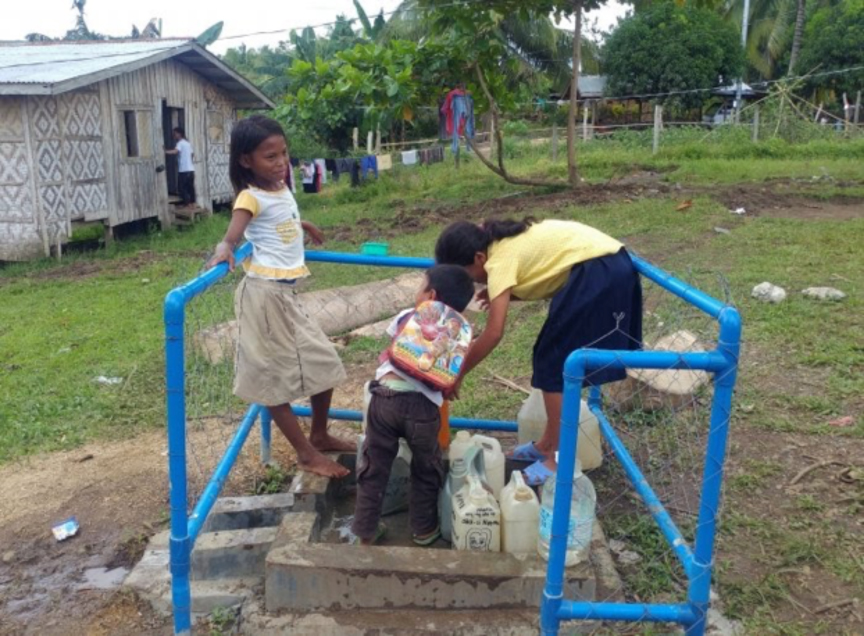 Building on the success of this project, JTS Philippines staff will take on a full-scale water tank installation next year. By utilizing the experiences and skills that they gained this year, they looked forward to improving the quality of lives of the villagers by providing clean water and hopes that the project runs more smoothly next year.