Join Together Society (JTS) field officers Jungyeon Choi and Soonyoung Kim were deployed to Rohingya refugee camps in Bangladesh on January 10, 2018 for emergency relief aid. They successfully distributed a 15 kg (33 lbs) bag of rice and 1 blanket per household to 2000 households. 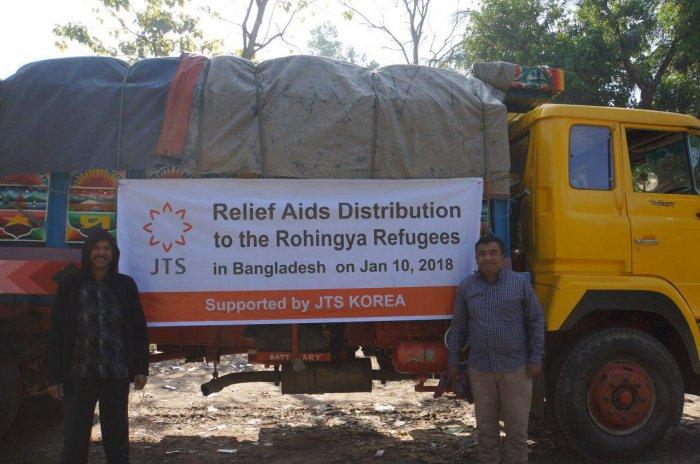 On January 5, 2018, the JTS field officers learned through a pre-survey that what the refugees needed most urgently was their staple food, rice, and blankets, which would help them through the cold winter with no heating system. The JTS field officers purchased the relief aid materials locally in Bangladesh and left for the Thangkhali and Hakimpara Camps in the morning of January 10, 2018 with three 10-ton-trucks loaded with rice bags and blankets. 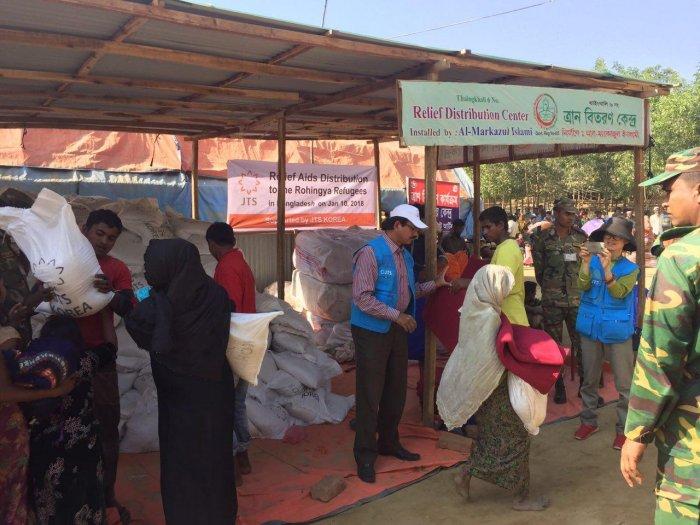 When the JTS field officers arrived at the Thangkhali Camp’s distribution center at 1 p.m., the refugees with aid distribution tickets were already waiting in a long line. JTS field officers decided to distribute the bags of rice and blankets along with the clothes donated by another relief aid organization. When the refugee camp volunteers began distributing the relief goods under the guidance of soldiers, the refugees handed in their distribution tickets and accepted the rice and blankets in an orderly manner. Children and elderly people who came to get the relief materials struggled with the 15kg bag of rice. 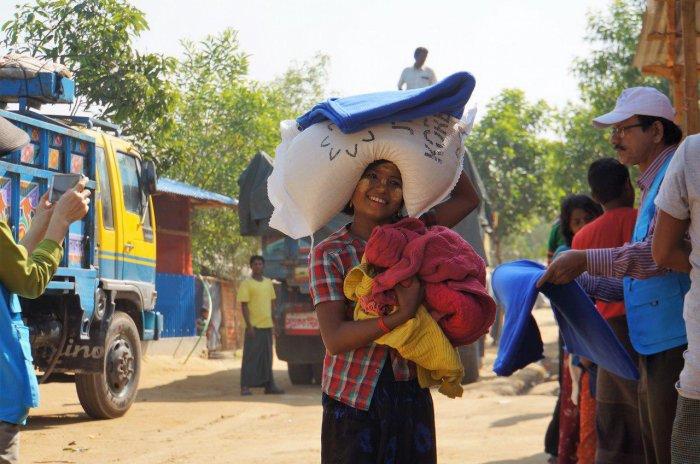 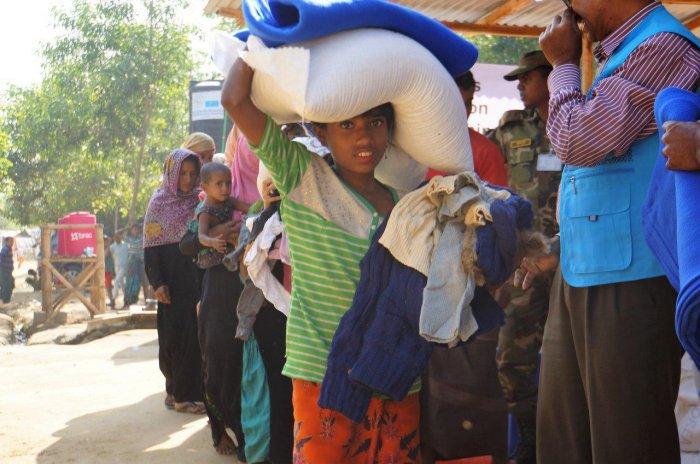 At the Hakimpara Camp, besides the JTS distribution line for bags of rice and blankets, there were additional distribution lines for firewood, biscuits, and dried dates donated by other international organizations and local NGO. JTS distributed rice and blankets to the refugees who had aid distribution tickets, which had been handed out by the soldiers before the JTS field officers arrived with the aid goods. Some organizations, however, distributed aid materials by getting fingerprints of the refugees. JST successfully finished distributing the goods by 5 p.m. 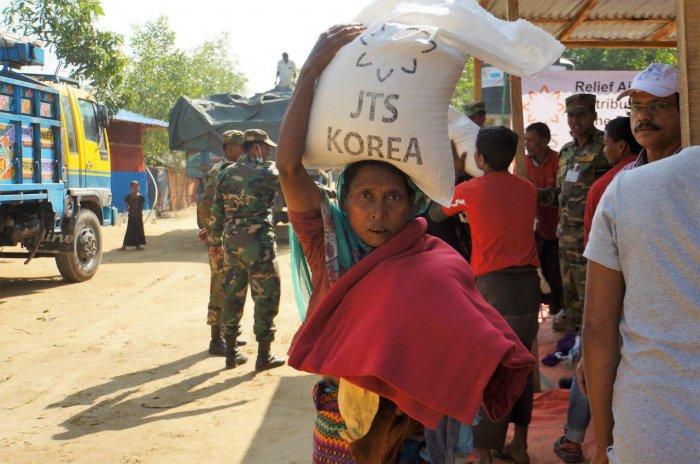 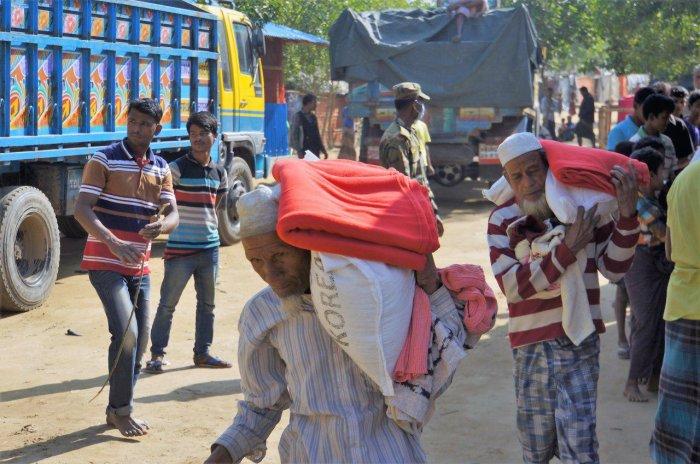 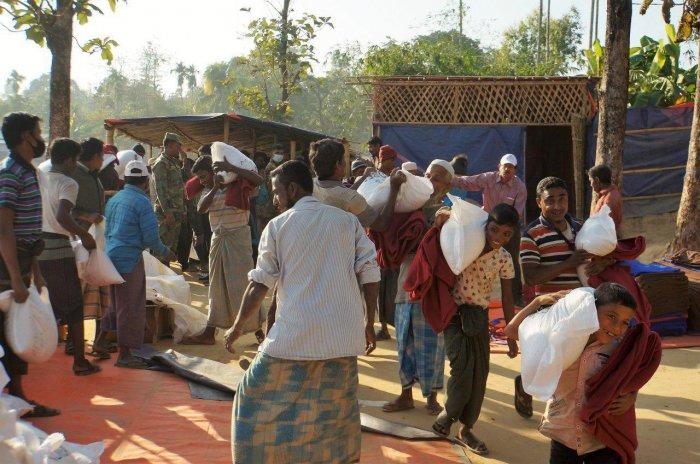 The JTS field officers met with members of UN organizations and local NGOs to discuss ways to cooperate in helping the Rohingya refugees. They returned to Korea on January 13, 2018. Since they had spent all of their funds to buy rice and blankets for the refugees, they had to sustain themselves by eating hard boiled eggs and fruits for a few days.