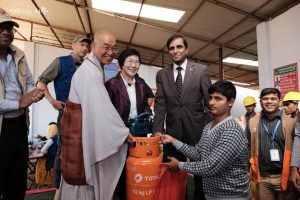 Join Together Society (JTS), which was established by Ven. Pomnyun Sunim, is an international relief organization with Special Consultative Status to the United Nations Economic and Social Council (ECOSOC). It actively carries out relief work in countries that suffer from various disasters with the aim of “solving the problems of poverty and pain in Asia by the efforts of Asian people.”

In October of 2017 and January of 2018, JTS visited the Rohingya refugee camps in Cox’s Bazar to provide rice, mosquito nets, and blankets. During these visits the World Food Programme (WFP), the UN organization overseeing relief camps, requested that JTS provide gas stoves to solve the refugees’ cooking fuel problem. JTS agreed to provide the gas stoves after conducting a comprehensive investigation during the first half of 2018 into the necessity for the stoves and the dangers associated with their usage. One hundred thousand gas stoves were ordered and manufactured during the second half of 2018. The Rohingya refugees began receiving the gas stoves on January 22. 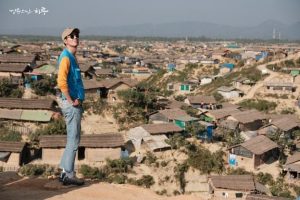 After all the 100,000 gas stoves are distributed, it is expected that approximately 500,000 Rohingya refugees will be able to completely cook the food they are provided, which will significantly improve their nutrition. The gas stoves will enable the children and women to avoid dangerous situations that occur in the process of gathering wood far from the camp, allow the children to spend time studying, and protect the natural environment around the camp which has been devastated due to trees being cut down for firewood.

Of the 100,000 gas stoves delivered to the Rohingya refugee camp, KOICA, JTS America, and JTS Korea funded 32,000 units, 23,000 units, and 45,000 units, respectively. The gas stoves will be distributed after the refugees have completed safety training provided by the WFP. 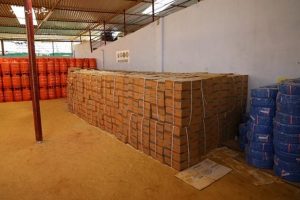 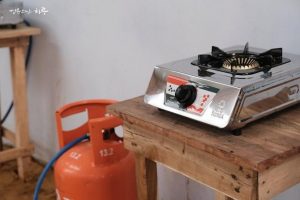 Jo In-sung, who visited the Rohingya refugee camp on January 21 and attended the gas stove handover ceremony on January 22, expressed that, “I was worried the children would be sad or gloomy, but I was relieved to see that they looked happier than I expected.” 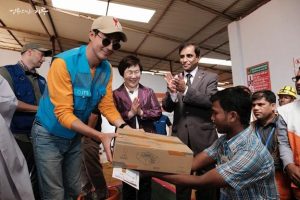 Noh Hee-kyung, who accompanied him, said, “Without the help of the relief organization the refugee camps would have been in complete chaos. I realized the importance of continued support and interest in the refugees.” 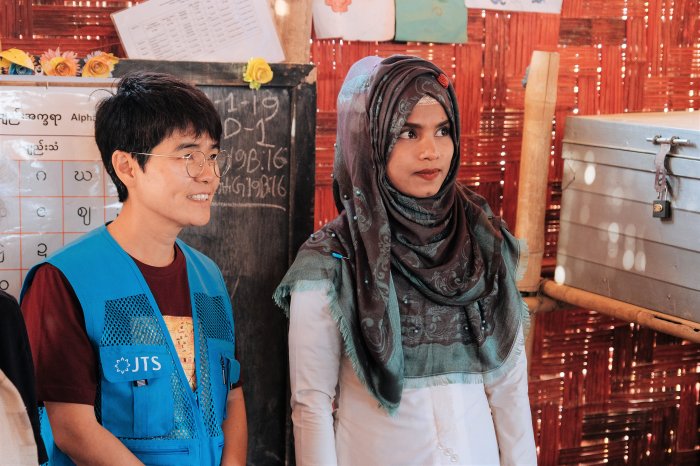 At the Rohingya refugee camps, WFP is operating a school program called “The Learning Center”. Jo In-sung and Noh Hee-kyung, who visited the center, distributed nutritional biscuits to the students.

JTS President Gena Park, who successfully carried out the job of ordering and delivering the gas stoves said, “I was distressed when I heard that the refugees were forced to eat most of their food raw because they had no means of cooking it, but now that each family will have a gas stove, I feel much better.” And, JTS Chairman Ven. Pomnyun Sunim said, “In India, it is dangerous for children to go to the woods alone to gather wood, and girls are especially vulnerable to sexual harassment. I agreed to provide the gas stoves because I heard that the children in the refugee camps are exposed to the same danger.” 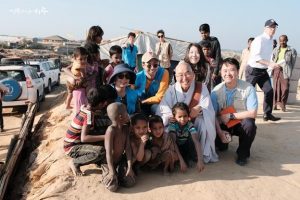 WPF Chief Peter Guest, who will be in charge of distributing the gas stoves to the refugees and conducting the safety instructions, emphasized the changes that the donated gas stoves will bring to the refugee camps and expressed his appreciation for the efforts of JTS. “First, efficient cooking fuel can be safely provided; second, the refugees in the camp will be protected; third, the environment will be protected; fourth, the air quality in the tents will improve since, unlike burning wood, LPG gas does not emit smoke.” 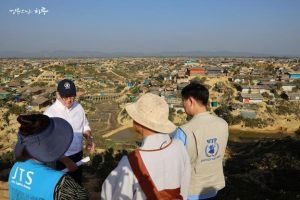 With the words, “There are almost 880,000 Rohingya refugees who have crossed the border into Bangladesh. Currently, neither the Myanmar or Bangladesh governments are willing to accept them, so they may have to live in the camps for an extended time.” Peter Guest appealed to the international community for continued interest and support for the Rohingya refugees.

The Russian invasion of Ukraine, which began early this year,...