The Beginning of the New Semester

The Beginning of the New Semester

Instead JTS is focusing on providing school supplies to 17 schools that are under 5 years old, which includes four schools that have been newly built this year. Damulog teachers whose school has not received uniforms in 3 years, made a special request that uniforms be provided. Thus, a total of 23 schools including Damulog, will receive new uniforms. (Uniforms are typically provided once every two years.)

JTS’s educational support begins with contacting each school’s representative teacher. Based on data created in the previous year, JTS contacts the teachers in May, before the new semester begins in June, in order to confirm whether the teacher will continued to stay at the JTS school instead of transferring to another school.

While 70% of the teachers will stay this year, the rest of the teachers will transfer to schools closer to the city. Unlike Korea where all students go to school when the new semester begins, there is a school registration period in the Philippines before each new semester. Therefore, even though the new semester begins in June, the exact number of students cannot determined until late June to early July. This is also because many students are unable to continue their studies due to family circumstances or because they have to help with farming. JTS contacts the teachers in the beginning of July to obtain information like the students’ grades, names, height, and weight for their uniform. On July 18th, the educational support project was initiated, starting in Catablaran, Cabanglasan.

This year, Mr. Jin-Suk Kim who came to provide volunteer medical service and Aki, a son of a local community volunteer Tadoo Mikitai, packed all the school supplies. There are a lot of things to consider before packing. For example, the supplies that must be transported by motorcycle or a boat instead of a car need to first be packed in boxes and then wrapped in plastic. The supplies that must be delivered by foot must be packed in smaller boxes. Sometimes, when motorcycles are loaded with too many packages, they can get a flat tire.

This year, JTS provided one additional notebook and an exercise book to the students at the request of the teachers. In additional to the basic school supplies, the Kindergarteners received a sketchbook, and students grade 4 and above received a thin notebook to be used during exams. Like in the previous year, students in grades 4 and above were provided with one color paint set for every six students.

The children who received a armful of new school supplies couldn’t stop smiling with happiness.

Once news spreads about the distribution of new uniforms, parents come to the school and watch the process. When their children receive the the uniform, they help them try them on immediately, looking very happy. Uniforms are not only meaningful as school uniforms but are meaningful in that they are new. As most of the villagers purchase their clothes at a Korean used clothing store called Okai-Okai, new clothes are rare. These uniforms typically become the children’s new best clothes.

The most recently visited school was Mikasili, the poorest in Damulog. Although JTS had last provided uniforms in 2015, two of the students were still wearing the uniforms. When asked if they had inherited the uniform from their older siblings, they answered that it they were the same uniforms from 2015. Their growth had been stunted due to malnutrition.

Actually, the uniform size of the students that JTS had received from the Mikasili teachers were smaller those of same age students in other schools. Thinking that the teachers had made a mistake in their measurements, JTS had taken extra uniforms in larger sizes. However, they weren’t necessary. Typically students of grades 5 through 6 wear sizes XL to XXXL, but students of Mikasili wore L to XL. There were few tall students, and there were hardly any overweight students.

Generally, the villages in which JTS builds schools become larger and become better connected by roads with other villages. However Mikasili, which is only accessible by boat and doesn’t have much land for farming, has seen little community development since the school was completed 11 years ago. It was a sad reality.

As of November 2018, JTS completed the delivery of school supplies and uniforms to a total of 20 schools. JTS will visit the two remaining schools, Talagak SPED (a special school for students with disabilities) and Agusan del Sur, which has been hard to get in touch with for the last 2 years, in January of 2019. 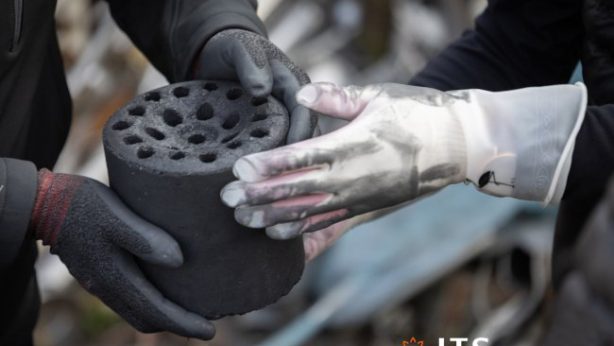 https://youtu.be/O0MWVsDYSOY It’s especially cold this winter. In previous years, each... 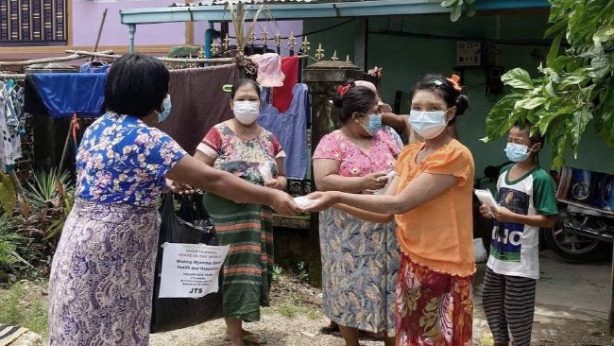 A warm helping hand for Myanmar