August 18, 2018 marks the third anniversary of the opening of the Ansan JTS Multicultural Center. The lively volunteers busily made preparations for this happy occasion. 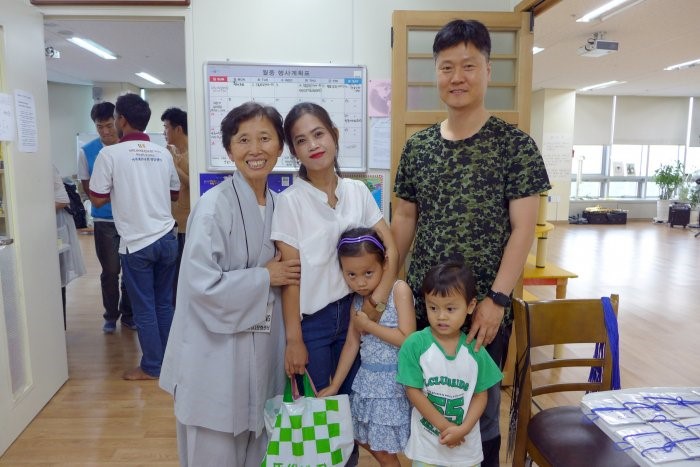 At its inception 3 years ago, JTS Chairman Pomnyun Sunim said that Korea would become a diverse society with foreigners making up 10 percent of the population. Here at Ansan, the number of foreigners is reported to have reached 10 percent, which is the reason that the Center was established in the city. 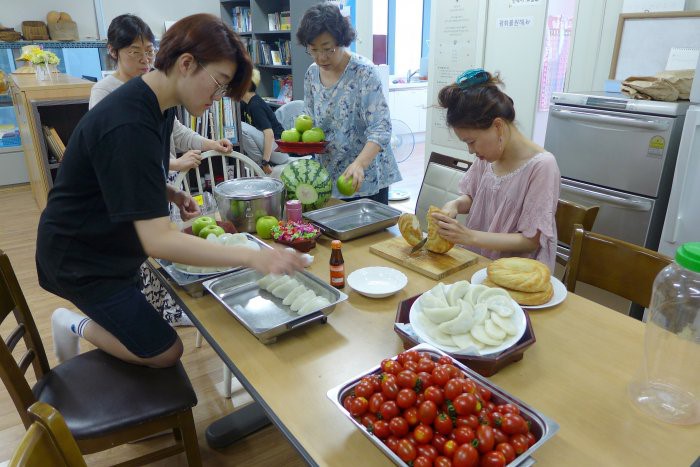 Sharing meals and exchanging greetings, the local volunteers and people of different countries seemed to get along very well. 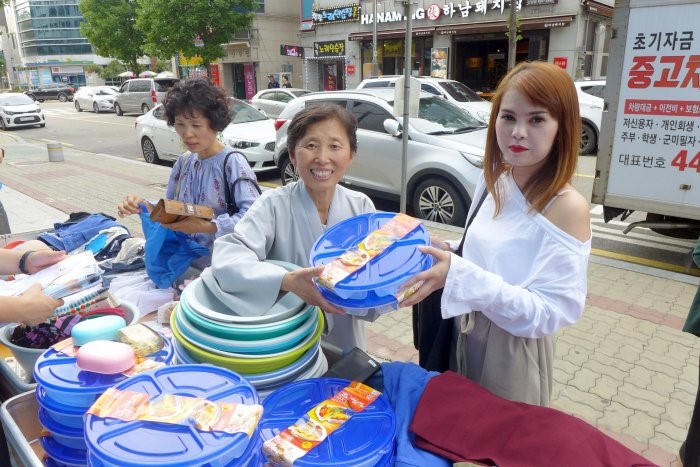 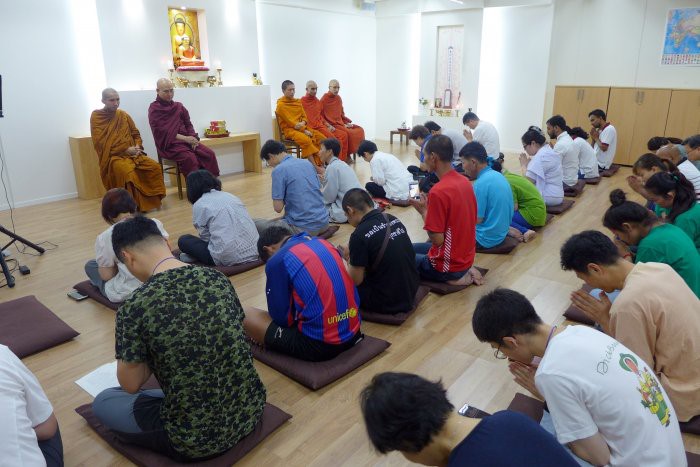 After the attendees prostrated three times to the Buddhist monks, a monk from Myanmar began a Buddhist prayer chant to kick off the event. The monks from Myanmar, Sri Lanka, Thailand and Cambodia, multicultural families, and members of the International Buddhist Center graced the event.

Notably, Ven. Oosuana from Myanmar, who has supported the Center since its establishment made a sincere congratulatory speech in halting Korean. He said, “I am grateful to JTS for helping foreign workers to adjust and live in South Korea, and I am thankful that the Center is close to our temple and we can receive some help. I am happy that the Center helps both Koreans and foreigners. I would like to see Koreans and foreigners engaging in spiritual practice together, and given the opportunity I would like to teach and help them practice. Also, I would like to continue helping JTS for many years to come. Then, Ms. Kyoungsoon Choe, a team leader at JTS Headquarters also extended a congratulatory message. 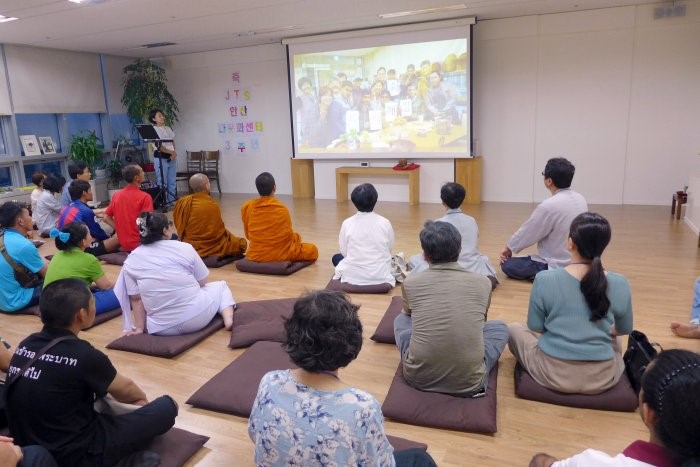 Following the congratulatory speeches, the attendees watched a video celebrating the third anniversary of the Center.

As the attendees watched the video describing the past activities of the Center, the axiom that we are one regardless of differences in skin color, beliefs, or religion comes to mind. 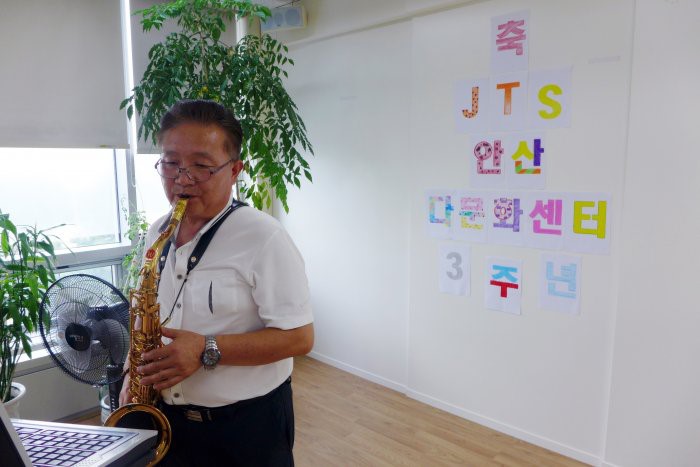 Mr. Dongyeol Cho who volunteers at the Center played a piece called “Fate” on his saxophone.  A monk from Sri Lanka seemed to greatly enjoy the concert as he listened appreciatively and took pictures. The celebration continued with representatives from each country taking turns to dance and sing.

Priyanka, the Principal at Sujata Academy sang an Indian song with an improvised lyric containing a message encouraging people to enjoy life and live happily. 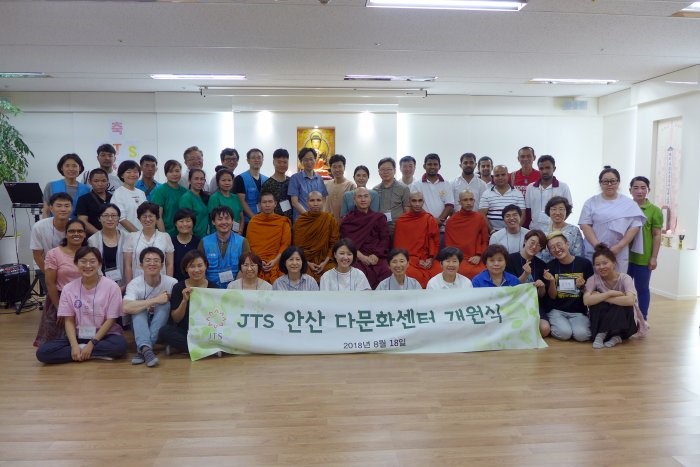 The anniversary celebration ended with a cake cutting ceremony, and Wolgwang, a Dharma teacher and the director of Ansan Multicultural Center, extending her thanks to everyone.

It appeared that many of the foreigners who came to the celebration have settled well in Korea during the last 3 years. We hope that more diverse cultural centers will be built in other areas in the country so more people can benefit from them.

The Russian invasion of Ukraine, which began early this year,...