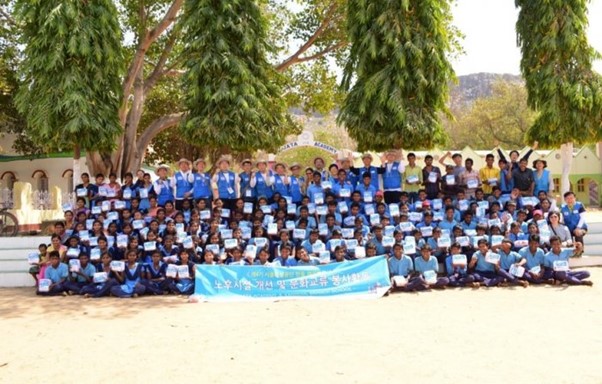 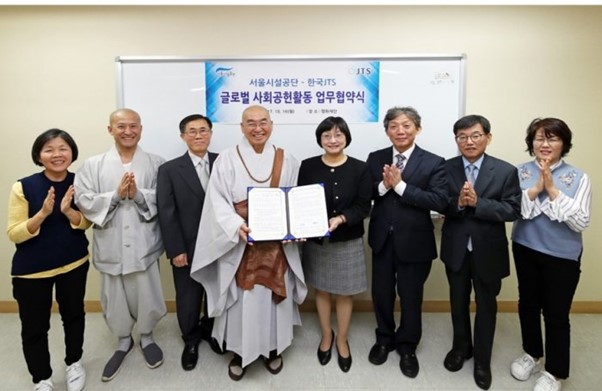 SFMC, an organization that has consistently contributed to public welfare and has been enthusiastic about working with Join Together Society (JTS), signed a Memorandum of Understanding (MOU) with JTS in October of 2017. In 2018, 20 expert technicians from the Seoul Facilities Management Corporation (SFMC) visited the JTS Sujata Academy in India from March 5th to the 13th. During their stay, the expert technicians participated in maintenance and repair work around the school, as well as providing entertainment for the students.

In November of 2017, a preliminary survey team of SMFC visited Sujata Academy to inspect the possibility of installing electrical wiring a solar electric system and to check the condition of old buildings as well as the fire protection system. Additionally, SFMC thoroughly checked the list of things that the staff members in India had to prepare, such as the purchase of materials, before the SFMC volunteers visited Sujata Academy. This demonstrated SFMC’s passion and dedication. 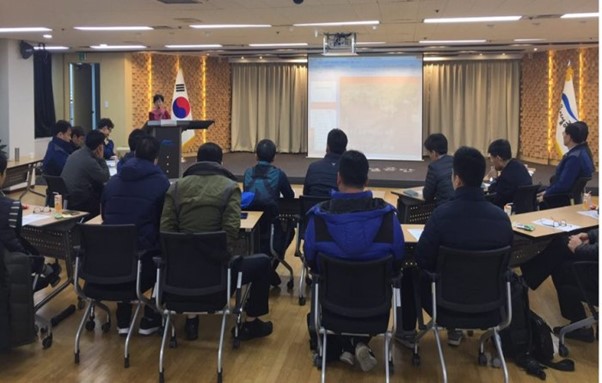 One week before the visit, the SFMC volunteers participated in an orientation provided by JTS.  They learned comprehensively about the history and religious background of India, the philosophy and operating principles of JTS, the history of how JTS began volunteering in India, and its current aid activities there. They were deeply moved by the spirit and compassion of JTS and the efforts of the JTS India staff. Inspired by what they learned, SFMC volunteers expressed that they wanted to help in areas that needed it most when they visited Sujata Academy. 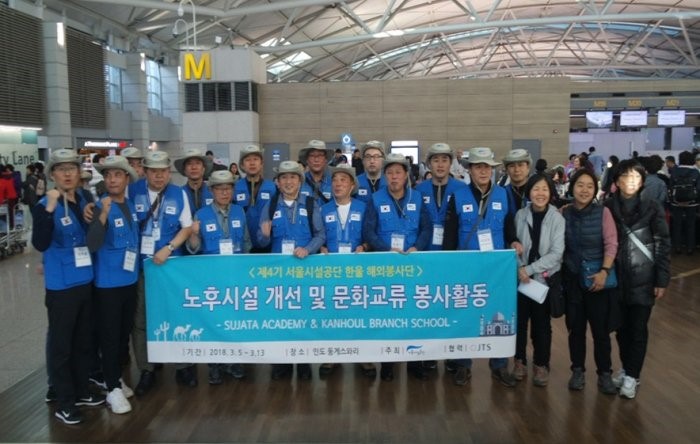 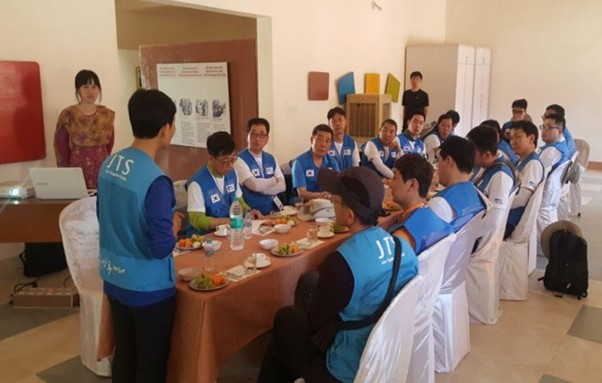 It has been 25 years since Sujata Academy was built. The JTS India staff members have been worried that children might get injured in the old school buildings, but they have not been able to make any repairs due to the lack of electricians and civil engineers.  They were so delighted and excited about the visit of the SFMC volunteers that they couldn’t sleep at night.

Volunteers from SFMC inspected and made repairs to the many parts of the Sujata Academy that had been unattended for many years. 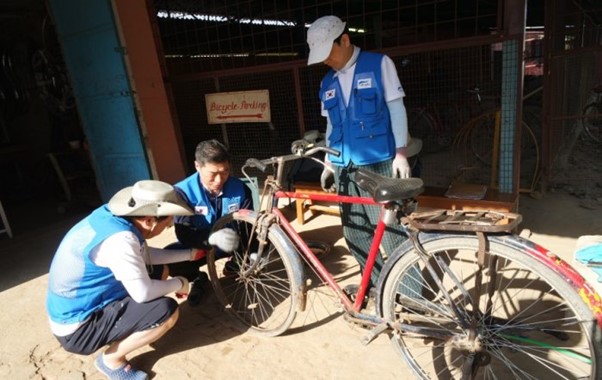 They also fixed an old broken bicycle. This bicycle will now become a safe mode of transportation for students who have to walk rough terrains and navigate around mountains to get to school. 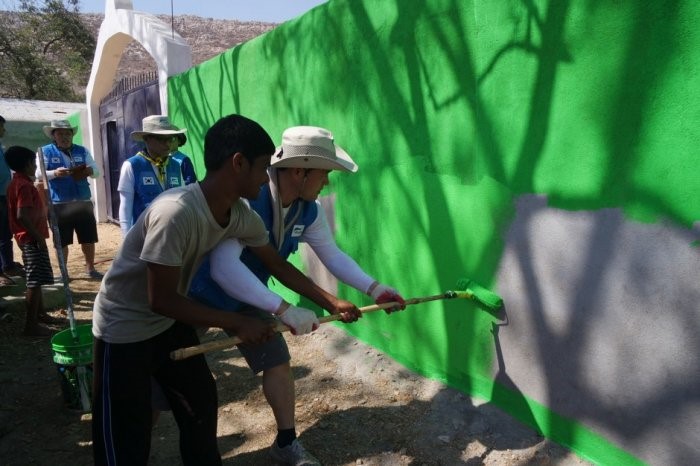 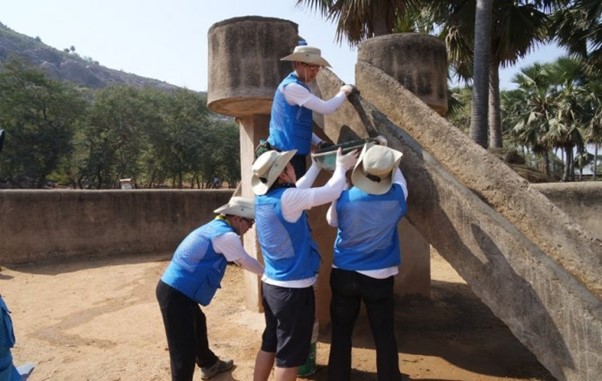 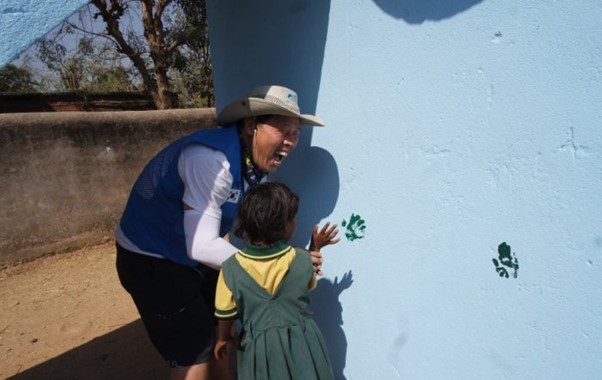 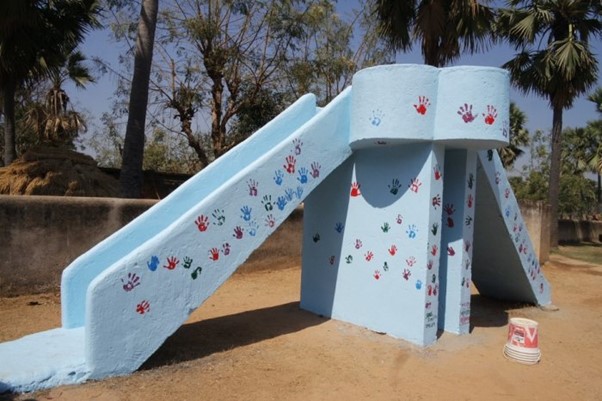 The elephant slide was restored with a new coat of paint and covered with the students’ colorful handprints. 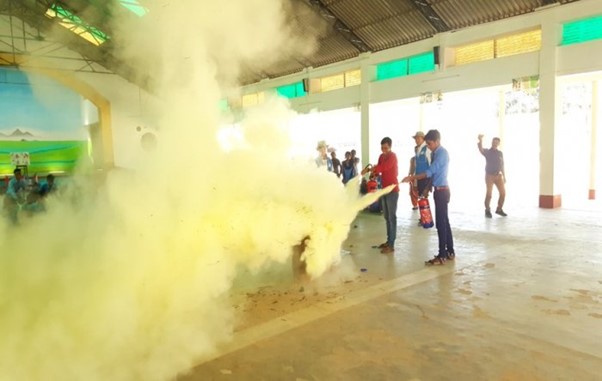 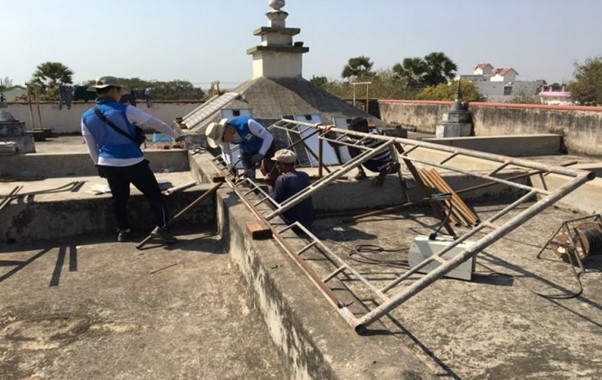 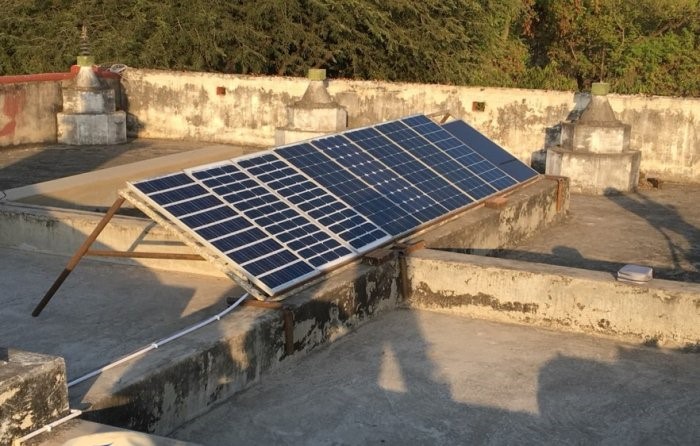 They installed solar panels on the roof. 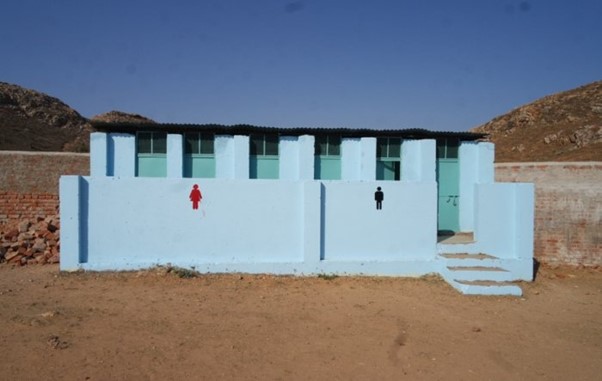 They helped to fix and repair parts of Sujata Academy, which included giving the restrooms a fresh coat of paint. 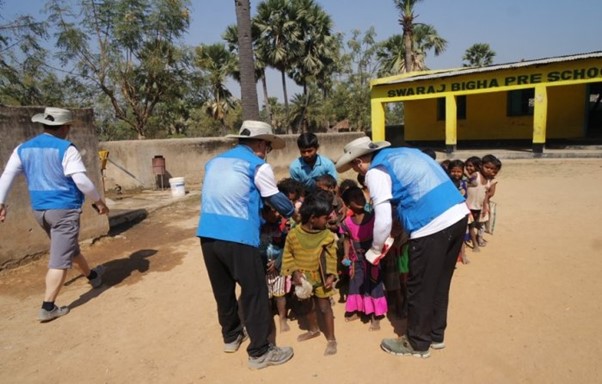 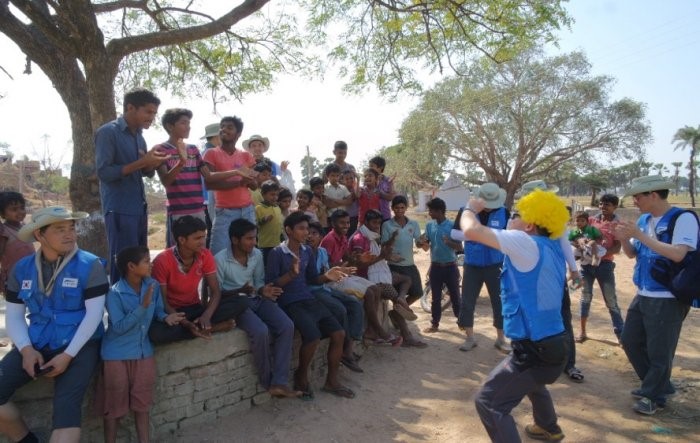 Not only did they repair the school, but they also had a great time with the students by giving out gifts and performing for them.

Volunteers from SFMC worked passionately, looking for things that needed to be fixed around the Sujata Academy and did much more work than they had initially planned. JTS India staff were able to observe the SFMC volunteers while they repaired building and were presented with the valuable opportunity to learn some basic technical skills. The visit of the SFMC volunteers is expected to be a good reference point for the JTS India staff in taking the initiative to improve their villages and to take care of the Sujata Academy.

Thank you SFMC volunteers!  We appreciate everything you’ve done.  We hope to see you again next year in JTS.