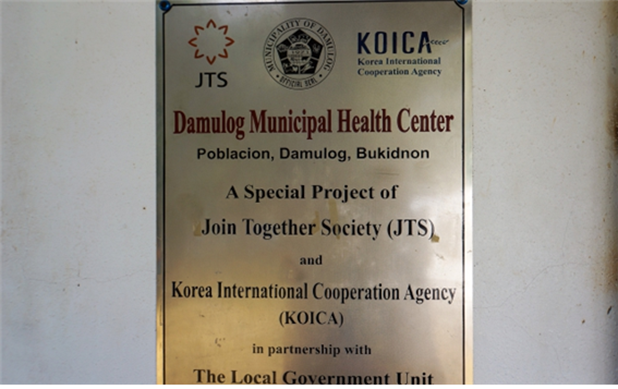 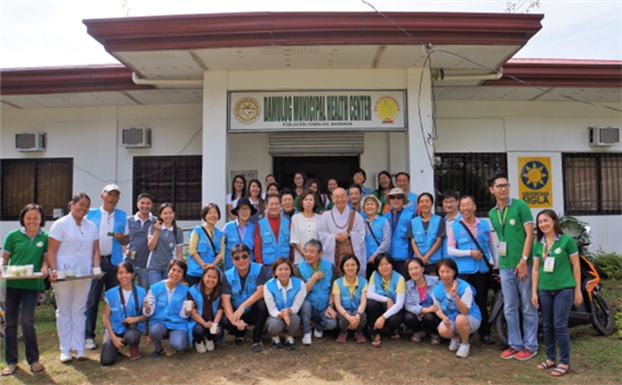 Join Together Society (JTS) Philippines visited the Damulog Municipal Health Center and attended the ribbon cutting ceremony at the Makapari High School on December, 12, 2017. The Damulog Municipal Health Center was completed with support from JTS and Korea International Cooperation Agency(KOICA). After being welcomed by the staff at the health center, JTS staff had a tour guided by a nurse on duty, inspected the facilities, and presented a gift of medical supplies from Korea to the Center.
. 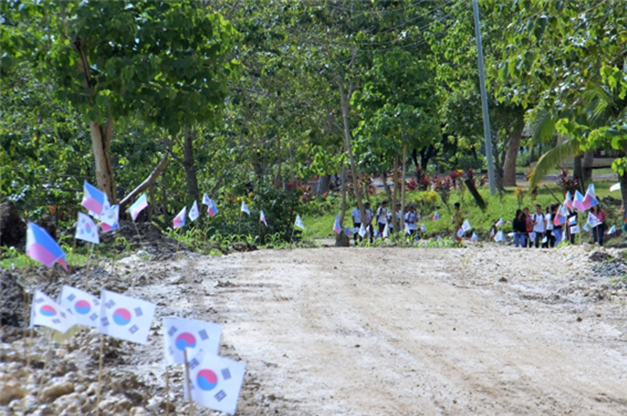 Upon their arrival, JTS staff members were greeted enthusiastically at the entrance by students holding national flags of Korea and those of the Philippines. 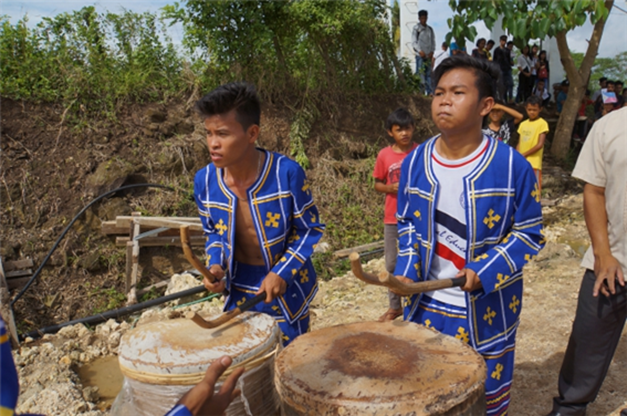 Inside the school, they were met with students cheerfully performing the traditional drum dance. 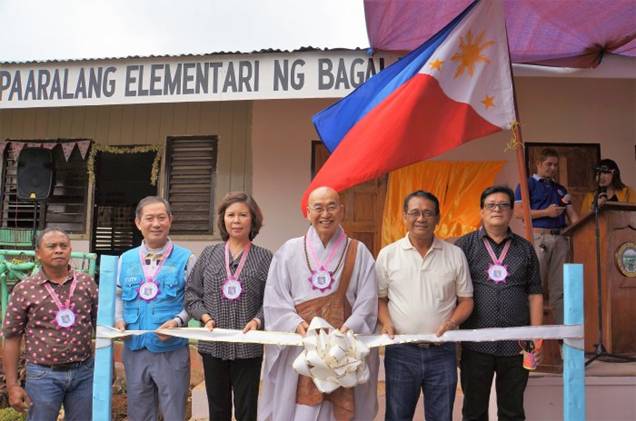 Along with the mayor of Damulog and the principal of the Makapari High School, Venerable Pomnyun Sunim, JTS President Gena Park, JTS Philippines President Wonjoo Lee, and JTS Korea Director Youngmi Jung took part in a ribbon cutting ceremony in front of the dormitory entrance, unveiled the plaque, and attended a ceremony in the dormitory auditorium. Starting with a traditional prayer by the head of the aborigines, the ceremony proceeded with the national anthems of the two countries, guest introduction by the principal, and a speech by Pacomeo Getigan, the mayor of Damulog, who thanked JTS for donating such a wonderful building to Makapari High School.

The chorus, consisting of student representative, sang in harmony with beautiful voices to celebrate the completion of the dormitory. This was followed by a progress report by Wonjoo Lee, the president of JTS Phillines, who explained how JTS came to build the dormitory. Most elementary schools built by JTS are in the mountains or near rivers. Most graduates from these schools used to give up going to Makapari High School because it was too time-consuming and costly to commute, board, or rent a room. JTS wanted to ease the financial burden of commuting and boarding for students from the remote areas so that they could receive a stable high school education. Therefore, JTS decided to build a dormitory with a capacity of 100 boarders. The dormitory is one of the best in Mindanao. It is a single story building covering 800㎟ of land with separate lodging quarters for boys and girls, restrooms, showers, washing machine and drier rooms, a kitchen and a multi-purpose hall for various school activities such as lessons and recitals. It is also furnished with personal beds, cabinets, tables, and chairs. 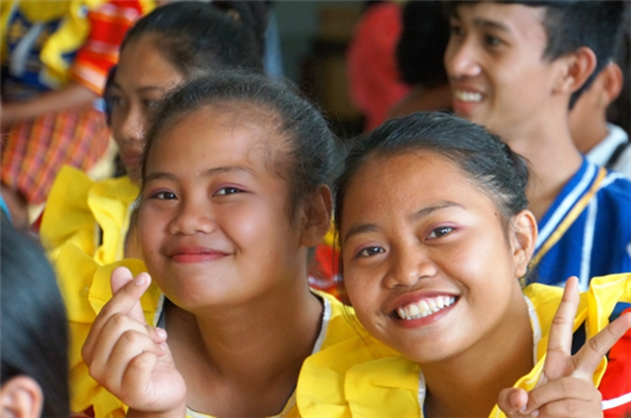 Ven. Pomnyun Sumin gave a speech encouraging students. He told the students not to complain about their hardships because they may become stronger by overcoming them. Then, the principal delivered a plaque of appreciation each to JTS and the Mayor of Damulog, and JTS distributed school supplies to the students. 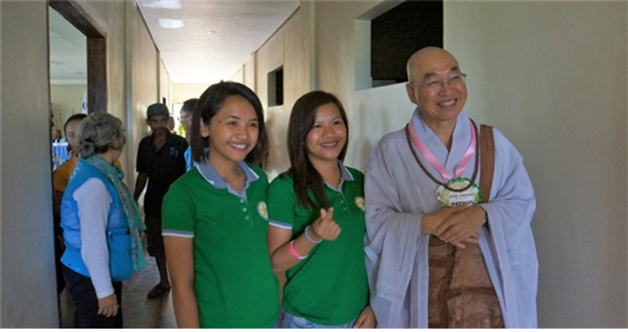 After the ceremony, JTS was approached by a student who introduced himself as a graduate from one of the elementary schools built by JTS. He thanked JTS with wide smile saying that he was going to be staying at the dormitory. Everybody wrapped up the meaningful day with hopes of a better educational environment for students in the future.

JTS Philippines Project: Repairing the elementary school building at Alawon, a village that touches the sky

Alawon is a remote village located in the deep primeval...